Manchester United trounced Southampton in their second 9-0 defeat of the season.

The reds came out of the game with a comfortable three points, that prior to the game, a lot of fans were unsure of. Ole’s side were clinical against the Saints, which is something we haven’t really seen much of this season. They converted nine of their 14 shots on target to win the game by a joint league record margin.

The game started in horrific fashion for the Saints after their youngster, Jankewitz was sent off in 76 seconds, the second quickest time a player has been sent off at Old Trafford in the league, just behind Steven Gerrard.

This set the tone of the game for Soithampton as all the belief they came into the game with seemed to be sucked out of them, as they conceded after just 18 minutes.

There were eight different goal scorers in the game, Aaron Wan Bissaka got the first, and they were followed be goals from Rashford, Cavani, an own goal from Bednarek, McTominay, Bruno Fernandes, James and a double from Martial.

Every time United went forward they looked like they could score, and the majority of the time they did.

Many fans however, have had pity for Southampton as they arguably hard done by, by VAR and refereeing decision. Hasenhuttl’s side had a goal disallowed for offside for the narrowest of margins and then went down to nine men late on after a controversial red card.

Bednarek, who had woeful night at the back for Southampton, was sent off in the 86th minute for giving away a penalty, in which even the receiver, Martial, stated it wasn’t a foul. Mike Dean went over to the board to check and there was the slightest of contact, but it seemed to be Martial was on his way down. He saw red for this, and Bruno Fernandes stepped up to convert the penalty.

There have been a lot of questions about United as of late, failing to score against Liverpool and Arsenal in the league and losing to rock bottom Sheff United in midweek. However, a lot of fans have said if they could get through this fixture and Everton at the weekend that can almost be written off, and they mad a fantastic start to that statement in this game. 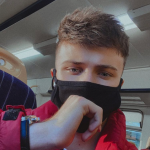